One of the best things about working at Disney is having a chance to design with the company’s amazing IP. The Incredibles is one of my favorite animated films of all time, so it was a dream being asked to work on an Incredibles game!

Build the ultimate undercover super base! Recruit supers, protect the world, earn money, and expand your headquarters! I was tasked with drafting up some quick, high-fidelity concepts to illustrate our game for the pitch. 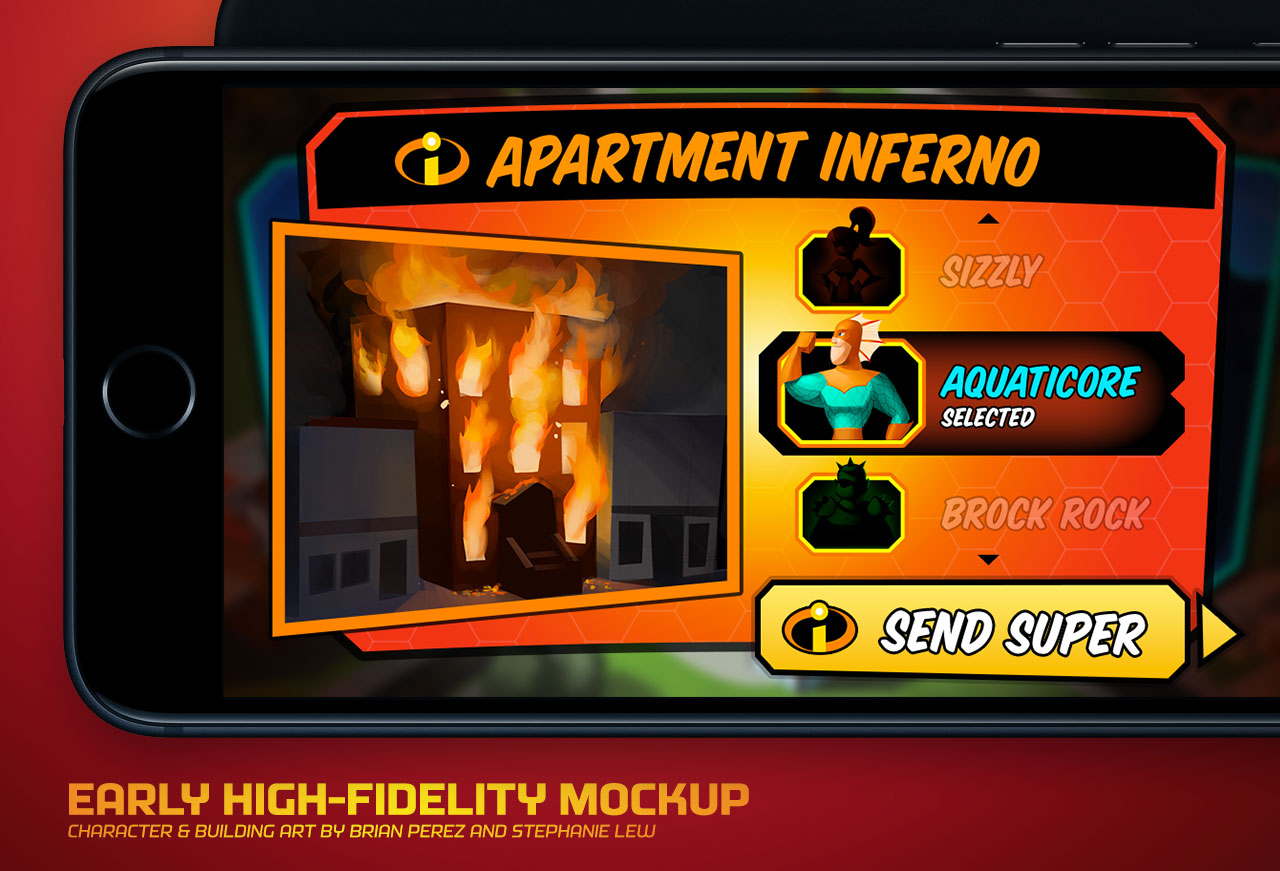 Our team needed a quick proof-of-concept prototype, so we quickly conjured up various screens to get the idea out the door. To communicate that our prototype was not meant to be a final product, we built it in low-fidelity using mostly grayscale.

During this phase, I took on several responsibilities: 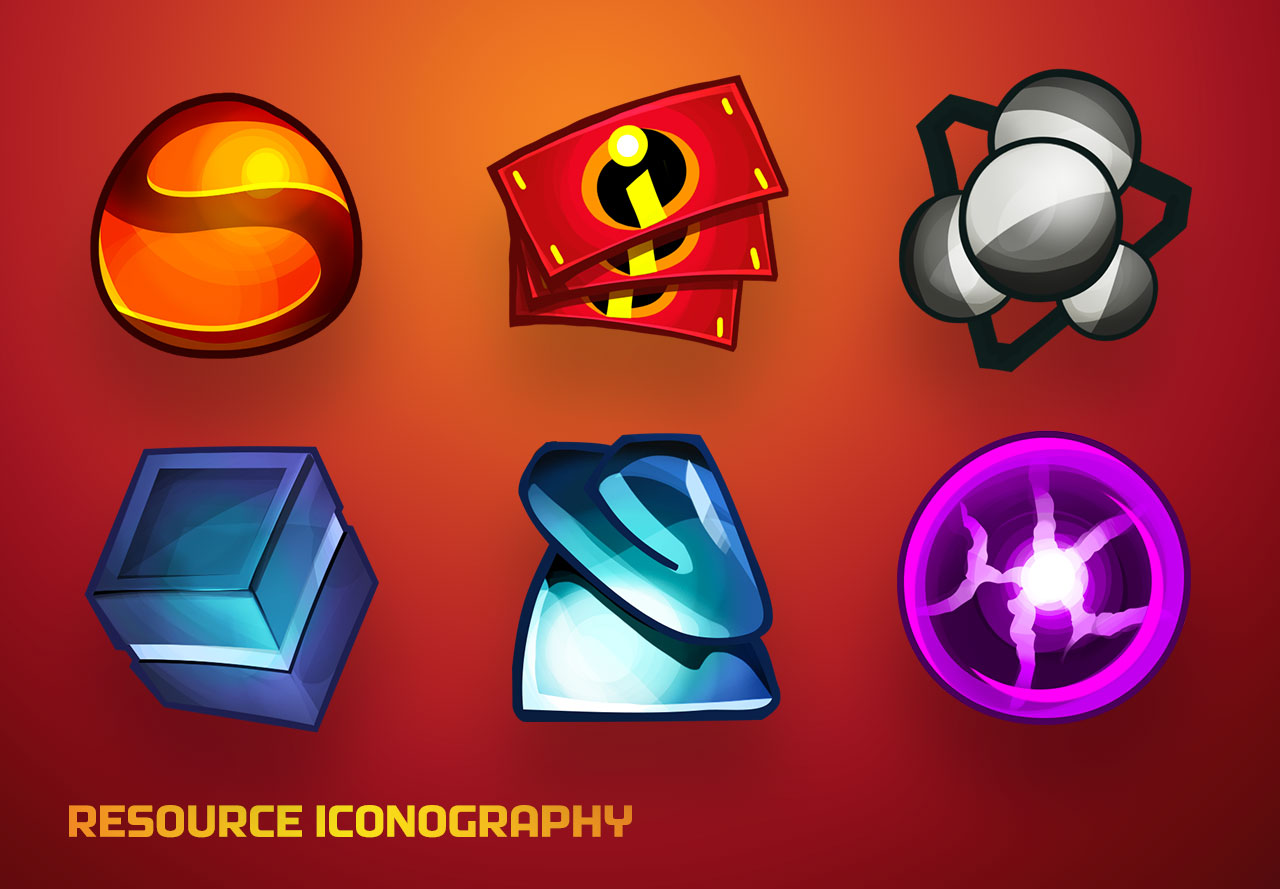 The game was green-lit for development, so develop we did. We were able to enjoy the production period for a short while. Eventually, company restructuring ate the project alive, and all we have left are dreams of a great game. It was fun while it lasted! 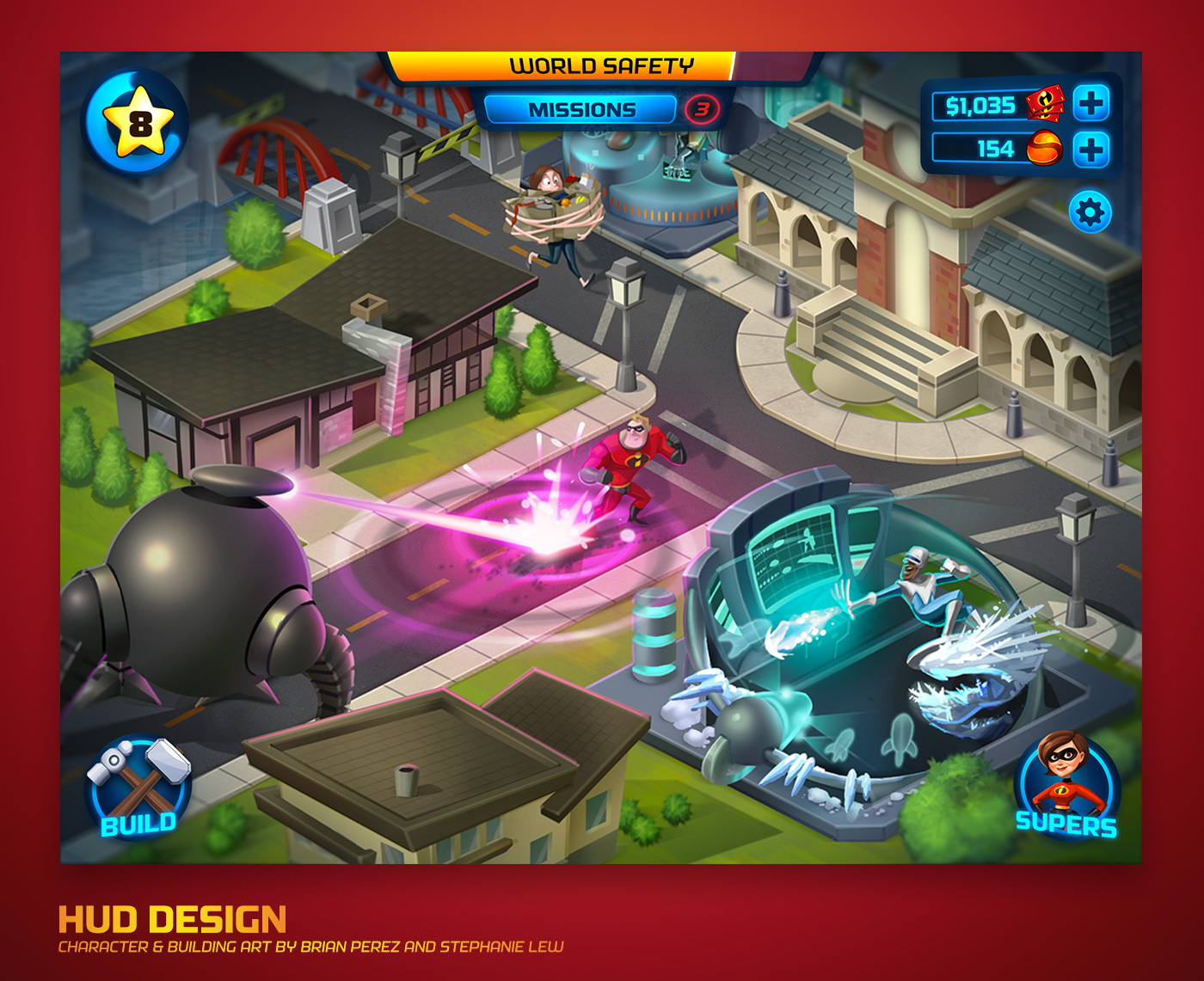